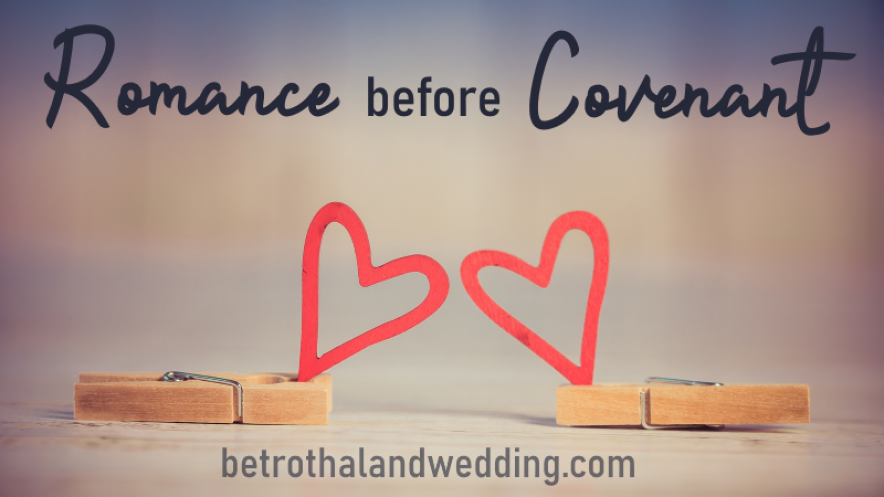 Our Culture or God's Pattern?

In our culture, romantic activity before making a marriage covenant is expected and even thought of as adorable between people too young for marriage.  As adults, romancing someone so that they will want to marry you is considered normal behavior and people base their marriage decisions on whether or not they are "in love" or have feelings of love for each other.  "Marry the one you love," is advice you will hear from our culture's romance experts, but the Bible's teaching to "Love the one you are married to" (Colossians 3:19, Titus 2:4) has an important distinction as to when this special love is supposed to happen.

It is common for people to try each other out before marriage, by dating, courtship, or even living together as boyfriend and girlfriend.  Essentially, they set up an imitation of marriage where they claim some or most of the benefits of marriage without entering the covenant of marriage.  I sometimes call these "trial marriages," so let me explain what I mean by that.  "Trial marriage" is in the same line of thought as the idea of a "free trial" you might get from a business.  For instance a gym membership.  A full gym membership gets you all the features that the gym provides, but the "free trial" is temporary, doesn't require a committment and doesn't include all the benefits.  In the same way, if people are a "couple" and are getting some lower level of the benefits of marriage without a covenant of marriage, that is a "trial marriage."  Some "trial marriages" come with more features than others, but any type of exclusive preferential treatment (since that is what marriage provides) would count.

There are few Christians who would say that two people can just sleep together and that is instantly a marriage.  A couple needs to make a marriage vow/covenant in order to be married.  In modern tradition, Christian couples do not do this until their wedding day.  So essentially, modern Christians still practice very short betrothals in that they make their vows, but do not enter the physical relationship until a few hours later.  In Biblical times, the marriage covenant/vow was made at the betrothal and then after a longer period of perhaps months they came together in the marriage bed.  Either way, the minimum level of "betrothal before benefits," where the marriage covenant must come before the physical relations, we can say with certainty is necessary.

Should We Participate in Trial Marriage?

From there the question is, if the special, physical side of the relationship cannot morally come before the covenant, is any of the other special treatment that married couples enjoy acceptable without a marriage covenant in place?  Often, Christians feel that they are not giving anything to the other that was designed for marriage since they are foregoing full physical intimacy.  Yet even physically pure Christians dating with intent to head towards marriage are using a form of "trial marriage."

Christian couples who are not married or betrothed may not be granting each other the full physical access reserved for the marriage bed, but is that all there is to marriage?  What about the other purposes that marriage was created for?  God, in creating the first marriage said, "It is not good for man to be alone."  (Genesis 2:18)  In this we see that even the need for one-on-one companionship is one that marriage was created to fill.  Getting that need fulfilled outside of marriage circumvents God's original design.  Our culture may see it as normal but, "From the beginning it was not so."  (Matthew 19:8)

But is it Sin? 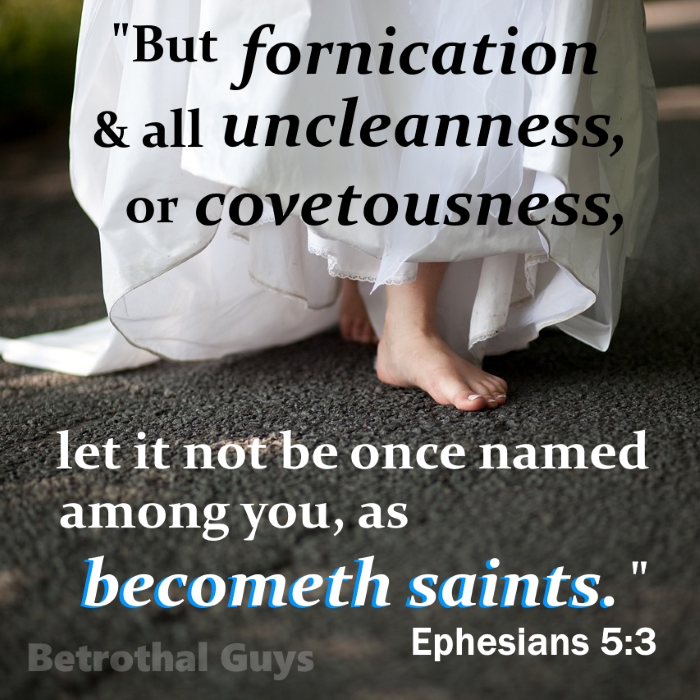 Another important thing to consider about relationships, the way our culture practices them, is the covetousness aspect.  Is it wrong for someone to desire, in general, a beautiful painting for their wall?  I don't think so.  Is it wrong, however, for him to desire the specific painting hanging on his neighbor's wall?  The specificity of the desire seems to make a difference in its righteousness.  It is not wrong to desire a godly spouse, but dating and romantic actions generally lead to (or stem from) desiring a specific person as your spouse when God has not (at least yet) given them to you as a spouse.  If this somehow does not meet the definition of covetousness, it comes too close for comfort.

What about Christ's example?  Christ did everything right and He used betrothal for the marriage to His bride.  We are called to follow Him, so taking His example as a prescription for our behavior rather than just a description of His own is certainly something we should consider.  His way is to offer us marriage right from the start before we ever fall in love with Him.  In fact, He is "The Lamb slain from the foundation of the earth."  (Revelation 13:8)  He paid the brideprice for our marriage covenant before we were even created.  Once we enter that covenant, we get to know Him better and better and grow in our relationship.  Dating or romancing without offering a covenant first, does not match the pattern He laid for us.  While not everything that Yeshua did is something that we are called to do, the husband and wife relationship is specifically listed as one of the ways that we are to imitate Him.

Often in discussions on this topic I hear questions like, "I realize it would be better to avoid it, but is dating or acting romantically towards another single actually a sin?"  There are several direct definitions of sin found in the Bible and one of them is, "Whoever knows to do good and does it not, to Him it is sin."  (James 4:17)  This prescribes living in a wise way.  To choose a way that we know is less honorable is not just neutral behavior.  It stems from a letter-of-the-law attitude of, "What can I get away with?" rather than a mature desire of seeking to not only "keep the commandments of God, but also do those things that are pleasing in His sight."  (1 John 3:22)

So, the waters of dating and pre-covenant romance are murkily close to covetousness and involve circumventing God's design to fill our need for one-on-one companionship.  Plus there is the pattern of Yeshua and His bride that we are called to imitate.  When we who know these things decide to walk another path, we are in danger of violating the prescription to do what we know is good.

Is romance before covenant a sin?  The Bible may not say so in so many words, but with what it does say I could not in good conscience practice romance outside of a covenant.  What about you?